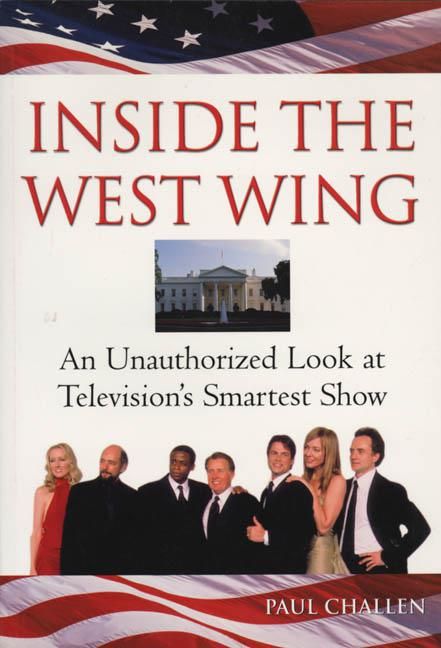 Inside The West Wing

For anyone who's ever wished the American president's name was Bartlet ?Since bursting onto the airwaves in 1999, The West Wing has emerged as one of North America's favourite TV shows - and for good reason. Through its snappy dialogue, Washington-insider references and stellar acting, the show, produced and written by Aaron Sorkin of The American President and A Few Good Men fame, looks at U.S. politics like no other TV series has before.

As a testament to the show's success, it copped nine Emmy Awards - an all-time record - in September 2000. Its all-star cast, which includes Martin Sheen, Rob Lowe, Alison Janney, and John Spencer, is regularly praised in the press, and the second-season-opener, "Who Shot President Bartlet," aired to record ratings in the fall of 2000.

In Inside the West Wing, author Paul Challen takes a detailed look at this hugely popular series: how it's put together, what ideas and political themes drive its plots, and ultimately, why it's so popular. Through in-depth interviews, commentary from political and entertainment-industry observers, plus extensive searches of the numerous official and un-official show Web sites available in cyberspace, Challen provides a comprehensive look inside the show for die-hard fans and casual watchers alike. To round out the package, Inside the West Wing also contains actor profiles, and an episode-by-episode guide to the first two seasons.