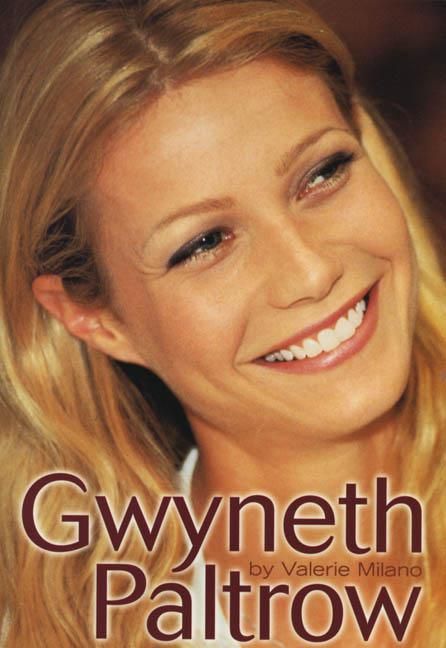 Oscar-winning actress Gwyneth Paltrow has lived the life of a Hollywood princess - despite her parents' attempts to shelter her from the glare of the spotlight. The daughter of producer Bruce Paltrow and actress Blythe Danner, her family moved to New York from California when she was 11 years old, where she studied at elite East-coast prep schools. But Hollywood beckoned, and she returned to the West coast to attend college and pursue her own acting career. This biography will take a close look at those early days, when Gwyneth was better known for club-hopping with her pal Emily Lloyd than for her acting talents. It describes how Paltrow soon grew weary of being a part of the L.A. party scene, and got serious about her acting when she performed opposite her mother in the Williamstown Theater production of Picnic.
Since 1991, Paltrow has appeared in 20 films - including Shakespeare in Love, Great Expectations, Emma, Sliding Doors, and The Talented Mr. Ripley - and has become the undisputed queen of the "A" list of independent actresses. Despite all these credits and accompanying accolades, Gwyneth is more famous for her off-screen love life than her on-screenperformances. Gwyneth Paltrow will offer a detailed look into her private life, including her relationships with Brad Pitt, Ben Affleck, and, most recently, Scott Speedman - all of which began as on-set romances. In addition, her family life - particularly her close relationships with her father, mother, brother, and grandfather - are brought to life through the words of friends and associates. No doubt because she was (literally) raised on movie sets, Paltrow tends to remain aloof around both fans and the media. But as this book reveals, behind Gwyneth's cool blonde reserve lies a complex, intelligent, ambitious woman who has positioned herself to be in the forefront of Hollywood happenings well into the next millennium.