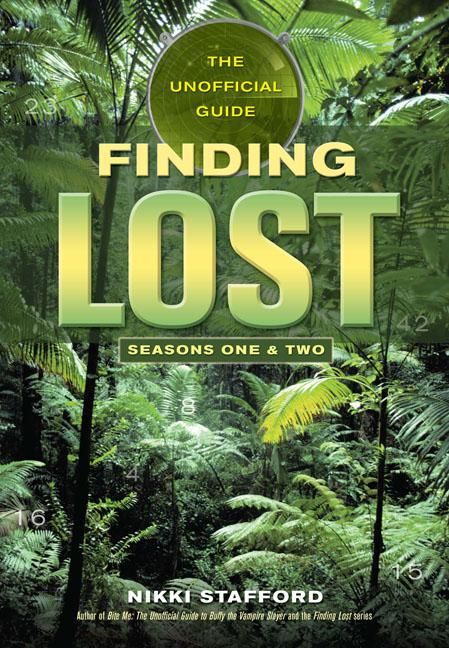 The first book in the critically acclaimed, bestselling Finding Lost series brings you an analysis of seasons 1 and 2 in one volume.

If you're feeling as lost as the castaways on the show, Finding Lost is the crucial companion guide to help you unravel the mysteries of the island. This is the only book that offers an episode-by-episode guide to the first two seasons of Lost, following the developments of the characters, the plots, and the various connections fans must make to keep up. Finding Lost includes:

* an in-depth look at every episode, with highlights, music, and nitpicks outlined at the end of each one
* chapters on the real John Locke and Jean-Jacques Rousseau (and how they compare to the fictional ones), fan conspiracy theories, the blast door map, the Dharma symbol, and B.F. Skinner
* sidebars chronicling fun trivia such as Sawyer's nicknames for people; what Hurley's numbers could mean; Vincent's mysterious appearances and disappearances; the redemption of the characters
* bios for all of the major actors on the show
* summaries of the show's literary references, including Lord of the Flies, The Third Policeman, Our Mutual Friend, Watership Down, and many more
* photos of the filming locations in Hawaii, including a detailed map of how to conduct your own tour when in Oahu

Full of exclusive photos and enough background to put you leagues ahead of other viewers, this book will finally help you "find" Lost.