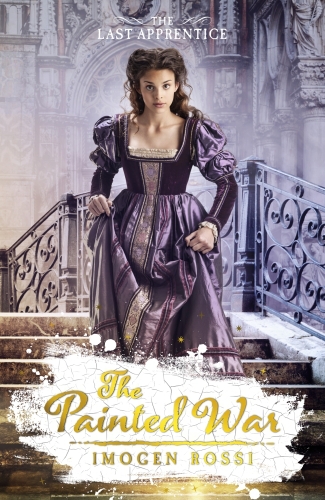 Bianca must fight for the city and the people she lovesIt is a dangerous time to be a citizen of the beautiful and enchanting city of La Luminosa. Bianca knows that an attack from the city's sinister twin, Oscurita, is coming any minute, but no one believes her, and she is forced to watch as the Duchess Catriona's court is tricked into an alliance with Duchess Edita's.Soon the magical barriers that keep the two cities apart begin to disintegrate, and the true nature of the villainous Edita is revealed. Paintings begin to flood with water from the dark city's canals, and it seems Bianca and her magical paintbrush may be the only ones who can save La Luminosa. But with her mother still trapped in Oscurita, and her own loyalties tested to breaking point at home, just whose side will Bianca find herself on in the battles of the painted war?ABOUT THE AUTHORImogen Rossi grew up in London but her favourite place in the world is Venice during the Carnival. She spent most of her summer holidays in Italy where she passed the time doodling and writing stories. She loves to paint, though she isn't very good at it, and she sings in a choir. She most enjoys stories involving mystery, magic and time travel. She has a collection of Venetian carnival masks and two cats named Leonardo and Michelangelo (Lenny and Mike for short).