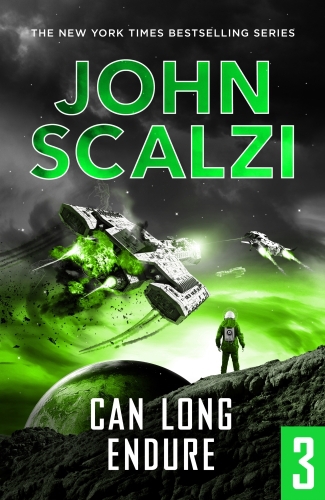 The End of All Things Part 3

Part Three of THE END OF ALL THINGS, available in four thrilling installments. The full novel will be available once all installments are published.

OUR FATE IS IN THEIR HANDS. . .
The Colonial Union's Defence Force was formed to save humanity when aggressive alien species targeted our worlds. Now Lieutenant Harry Wilson has an urgent new mission, as a hostile universe becomes ever more dangerous. He must investigate a sinister group, which lurks in the darkness of space playing different factions against one another. They'll target both humans and aliens, and their motives are unfathomable.

The Defence Force itself is weakening as its soldiers fall - without recruits to replace them. Relations with Earth have broken down and it will send no more troops, even as human colonies become increasingly vulnerable to alien attack.

Lieutenant Wilson and Colonial Union diplomats must race to keep the peace, seek reconciliation with an enraged Earth, and maintain humanity's unity at all costs. If they don't, it will mean oblivion, extinction and the end of all things.