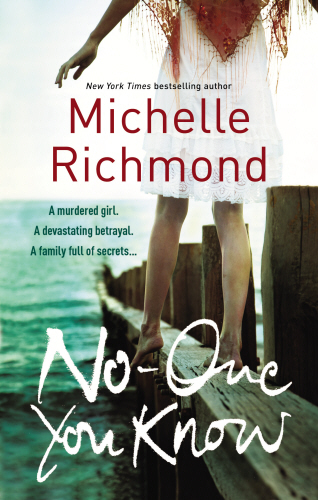 No One You Know

Ellie Enderlin spent most of her childhood living in her sister's shadow. Lila was the good daughter - a mathematical genius who could do no wrong in their parents' eyes. Whereas Ellie was younger, wilder and could never quite match up. Until one day the shape of their family changes forever. Lila is brutally murdered. In the aftermath of her sister's death, Ellie entrusts her most intimate feelings to a man who betrays her utterly by turning the story into a bestselling true crime book - a book that both devastates her family and identifies one of Lila's professors as her killer.Twenty years later and two Americans meet by chance in a remote village in Nicaragua. Ellie is now a professional coffee buyer, an inveterate traveller and incapable of trust. Peter is the academic who saw his career ruined by being named as Lila's killer. He protests his innocence and leaves Ellie with a gift - the notebook that Lila carried everywhere, a piece of evidence not found with her body. Stunned, Ellie will return home to San Francisco to explore the mysteries of Lila's notebook, filled with mathematical equations, and begin a search that has been waiting for her all these years. It will lead her to discover more about the lover no one knew Lila had, to the motives and fate of the man who profited from their family's anguish - and to the deepest secrets even sisters keep from each other.