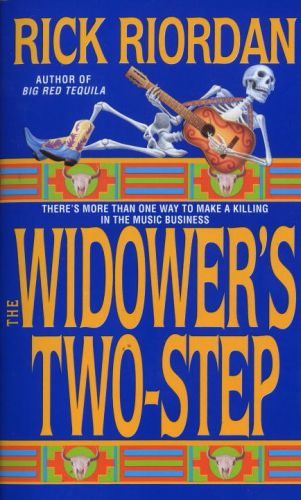 From the #1 New York Times bestselling author of the Percy Jackson and the Olympians series
Tres Navarre has just hours of apprenticeship time to serve before he can go for his P.I. license. Staking out a musician suspected of stealing a demo tape should be a piece of pan dulce. But his attention wanders just long enough for fiddle player Julie Kearnes to be gunned down before his eyes. He should just back away and let the cops investigate, but backing away has never been Tres's strong point.
The missing demo and Julie's murder are just two of the problems besetting Miranda Daniels, a pint-sized singer with Texas-sized talent. She's the prize in a tug-of-war between two music hotshots who want to manage her career. One has a habit of making bad things happen to people he doesn't like. The other has just vanished without a trace. As Tres looks into the dirty dealings surrounding Miranda, it becomes clear he's stepped into a rattlesnakes' nest of greed, double cross, and murder--and he may be the next to be snakebit.