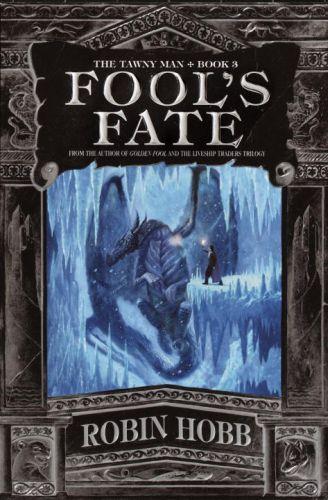 FitzChivalry Farseer has become firmly ensconced in the queen’s court. Along with his mentor, Chade, and the simpleminded yet strongly Skilled Thick, Fitz strives to aid Prince Dutiful on a quest that could secure peace with the Outislands--and win Dutiful the hand of the Narcheska Elliania.
The Narcheska has set the prince an unfathomable task: to behead a dragon trapped in ice on the isle of Aslevjal. Yet not all the clans of the Outislands support their effort. Are there darker forces at work behind Elliania’s demand? Knowing that the Fool has foretold he will die on the island of ice, Fitz plots to leave his dearest friend behind. But fate cannot so easily be defied.
Praise for Robin Hobb and Fool’s Fate
“Fantasy as it ought to be written . . . Robin Hobb’s books are diamonds in a sea of zircons.”--George R. R. Martin
“[Robin] Hobb’s rich, vibrant and unique world [is] filled with sentient ships, magical beasts, and fascinating characters. . . . Highly recommended.”--Library Journal
“Rich, enchanting fantasy from one of today’s best practitioners . . . reminiscent of Ursula Le Guin’s The Other Wind [and] Anne McCaffrey’s Pern series.”--BookPage
From the Hardcover edition.