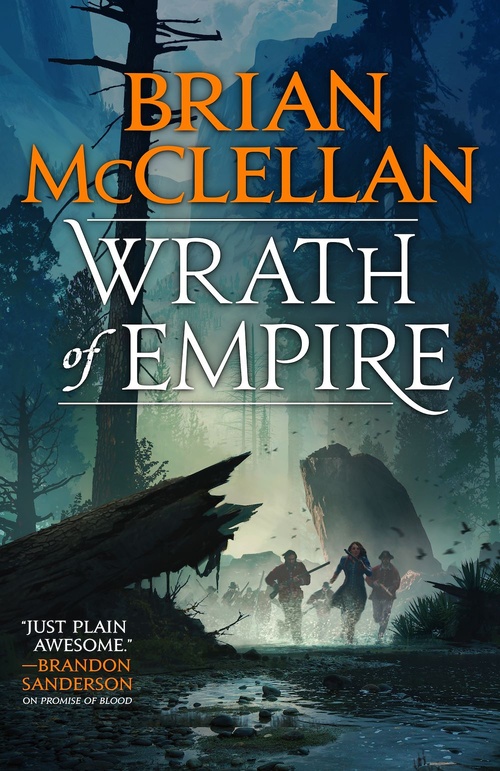 'A fast paced story, set in a brilliantly realised world . . . One of the best fantasy novels of recent years' Bookbag on Sins of Empire The country is in turmoil. With the capital city occupied, half a million refugees are on the march, looking for safety on the frontier, accompanied by Lady Flint's soldiers. But escaping war is never easy, and soon the battle may find them, whether they are prepared or not.Back in the capital, Michel Bravis smuggles even more refugees out of the city. But internal forces are working against him. With enemies on all sides, Michael may be forced to find help with the very occupiers he's trying to undermine.Meanwhile, Ben Styke is building his own army. He and his mad lancers are gathering every able body they can find and searching for an ancient artifact that may have the power to turn the tides of war in their favor. But what they find may not be what they're looking for.Magic and gunpowder collide in Wrath of Empire, the explosive second novel in the Gods of Blood and Powder series.Praise for Brian McClellan:
'Gunpowder and magic. An explosive combination' Peter Brett
'Brings a welcome breath of gunpowder-tinged air to epic fantasy' Anthony Ryan
'Tense action, memorable characters, rising stakes . . . Brian McClellan is the real thing' Brent Weeks
'Innovative magic, quick-paced plot, interesting world. I had a blast' Brandon SandersonBooks by Brian McClellan: Gods of Blood and Powder
Sins of Empire
Wrath of EmpireThe Powder Mage trilogy
Promise of Blood (Winner of the Gemmell Morningstar Award)
The Crimson Campaign
The Autumn Republic