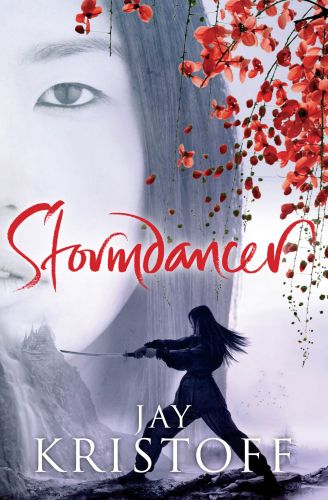 ONE GIRL AND A GRIFFIN AGAINST AN EMPIRE: A DYING LAND The Shima Imperium verges on collapse. Land and sky have been poisoned by clockwork industrialisation, the Lotus Guild oppresses the populace and the nation's Shogun is lost to his thirst for power. AN IMPOSSIBLE QUEST Yukiko and her warrior father are forced to hunt down a griffin at the Shogun's command. But any fool knows griffins are extinct - and death will be the price of failure. A HIDDEN GIFT Disaster strikes and Yukiko is stranded in the wilderness with a fabled griffin, now furious and crippled. Although she hears his thoughts and saved his life, Yukiko knows he'd rather see her dead than help her. And discovery of the talent allowing them to communicate would mean her execution. Yet together, the pair will form an indomitable bond, and rise to challenge an empire. 'Mythic creatures, civil unrest, and a strong female protagonist? I'm afraid I missed everything you said after "Japanese Steampunk." That's all I really needed to hear' Patrick Rothfuss, 'Rocketing action, eccentric and convincing characters ... I'll be waiting for more from Mr Kristoff' K.W. Jeter